UWC to supply additional fleet of cars to Sibirsky Krai

Research and production corporation “United Wagon Company” (UWC, the Group or the Company) (UWC, MOEX: UWGN), Russia’s largest manufacturer of freight cars1, and the Sibirsky Krai transport company have signed a deal on the supply of a new batch of freight cars running on 25 t axle load bogies. Thirty model 12-9853 gondola cars with unloading hatches and five model 11-6874 box cars will be shipped to the operator by the end of Q1 2020.

The car with unloading hatches was the first model running on a 25 t axle load bogie to be added to the Holding’s portfolio after the official launch of the Tikhvin Freight Car Building Plant. The gondola car’s increased body volume of 92 m3 makes it possible to transport freight with a wide range of densities, making full use of the loading capacity of up to 75 t. This car can be loaded with 10% more freight than a standard car running on 18-100 bogies and equivalent models. An extra 19 million tonnes of coal and 1 million tonnes of construction freight and metallurgical products has been transported since the Tikhvin-produced gondola cars began mass operation on the railway network thanks to the increased load capacity of the cars.

The box car’s body volume of 175 m3 and bogie with increased axle load of 25 t mean a higher load capacity of 73 t. The improved technical specifications of the Tikhvin-produced box car allow for an additional 5 tonnes of freight to be loaded into each car compared with standard models. Four loading hatches provide for the optimal loading of bulk freight, including grain. The dimensions of the hatch openings make the car compatible with all existing types of forklift truck for loading and unloading operations. 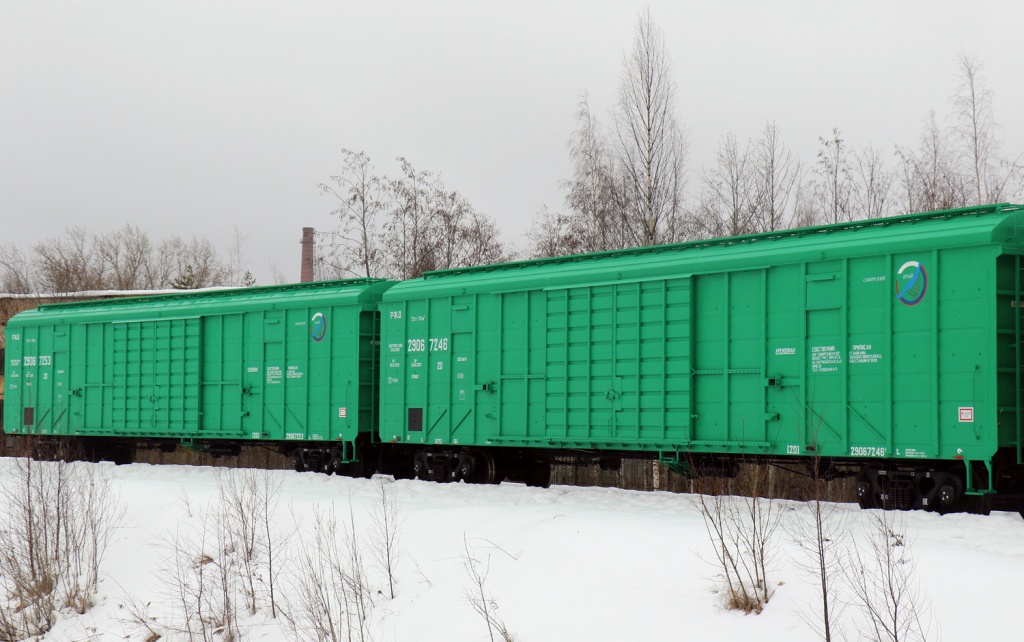 A significant competitive advantage for both car models is the increased maintenance interval of 1 million km reducing life-cycle expenditure on maintaining the car almost threefold.

UWC and Sibirsky Krai’s cooperation has been developing for several years now. The transport company’s fleet was previously supplied with 80 flat cars for transporting timber as well as 10 Tikhvin-produced box cars. “The Tikhvin-produced cars have shown high performance levels. They carry a higher load and transport higher volumes without breaking down. These cars are not only an effective means of transportation, but an attractive investment, as they help to optimize expenditure on freight transportation and fleet servicing,” said Alexander Korolev, CEO at Sibirsky Krai.