Research and production corporation “United Wagon Company” (UWC, the Holding or the Company) (MOEX: UWGN), Russia’s largest manufacturer of freight cars1, has released the 100,000th freight car produced since the launch of the Tikhvin Freight Car Building Plant in January 2012. The milestone gondola car will be delivered to the State Transport Leasing Company as part of a contract to supply 20,000 gondola cars by the end of 2022. The size of the fleet of new generation cars in operation in the 1520 mm gauge railway area now stands at 150,000 (or around 15% of the total fleet on the Russian Railways network), 65% of which is Tikhvin-produced rolling stock. 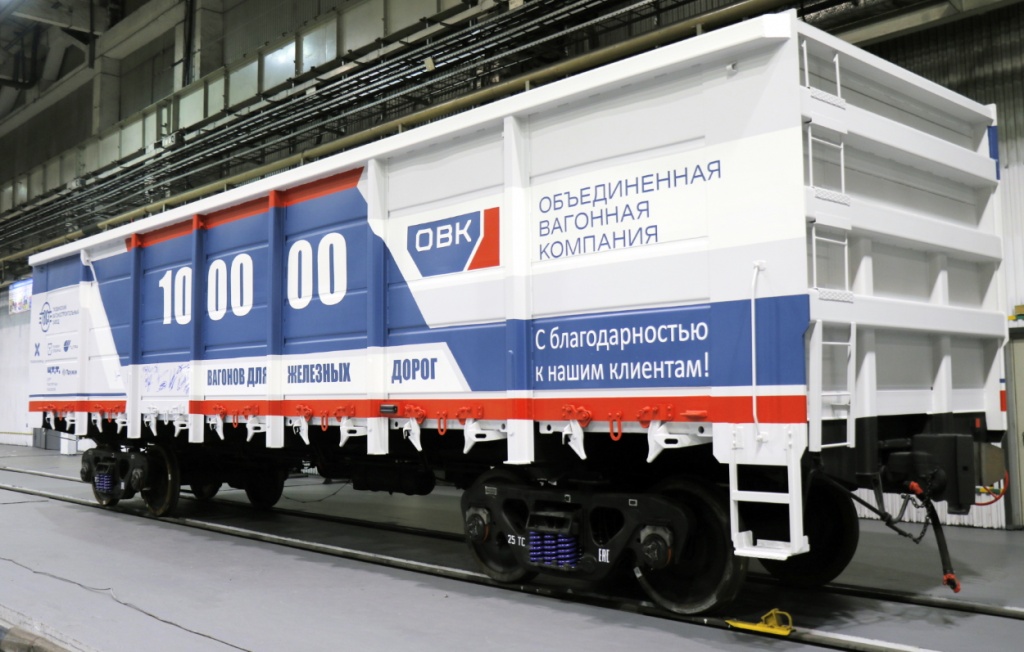 Today, the UWC group is the largest manufacturer of freight cars in Russia and the CIS. The group’s products are in demand both on the domestic market and abroad, successfully competing with modern rolling stock models produced by global manufacturers. UWC supplies cars and accompanying components to North America, Europe, Africa and the Middle East.

Based on INFOLine’s assessment of the results of operating innovative wagons on the Russian railway market, the cumulative effect on Russian GDP of using gondola cars with increased load capacity since 2013 is forecast to reach RUB 200 billion by the end of 2019, with that figure rising to RUB 1 trillion by the end of 2025.

Deputy Minister of Industry and Trade of the Russian Federation Alexander Morozov noted in his opening address that “innovative cars produced by UWC have shown excellent results in the transportation of various types of freight, ensuring a high degree of efficiency and safety in rail transport. Our aim today is to ensure the implementation of the Decree of the President of the Russian Federation on increasing the carrying capacity of the Russian rail network, as well as increasing exports of high-tech products. The Russian Ministry of Industry and Trade is counting on UWC’s potential and is willing to provide support so that it can achieve its objectives”.

Chairman of the Board of Directors of UWC and Chairman of the Management Board and CEO of Trust Bank Alexander Sokolov said: “Starting with the launch of TVSZ, UWC’s first freight car building plant, the group has been taking constant forward steps, never slowing its pace. Last year marked a turning point for UWC, thanks to the change in ownership. The company successfully repaid its loans of over RUB 20 billion. UWC is an effective enterprise and a living example of how effective production should operate.”