The UWC’s articulated container flat car is fully competitive with its European analogues in terms of technical characteristics and build quality.

The 80-foot flat car (Sggrs model) has a payload capacity of up to 107.5 tons, which allows it to transport various ISO containers, tank containers and swap bodies with a gross mass of up to 36 tons. The articulated flat car is fitted with bogies with an axle load of 22.5 t and a maximum speed of 120 km/h. 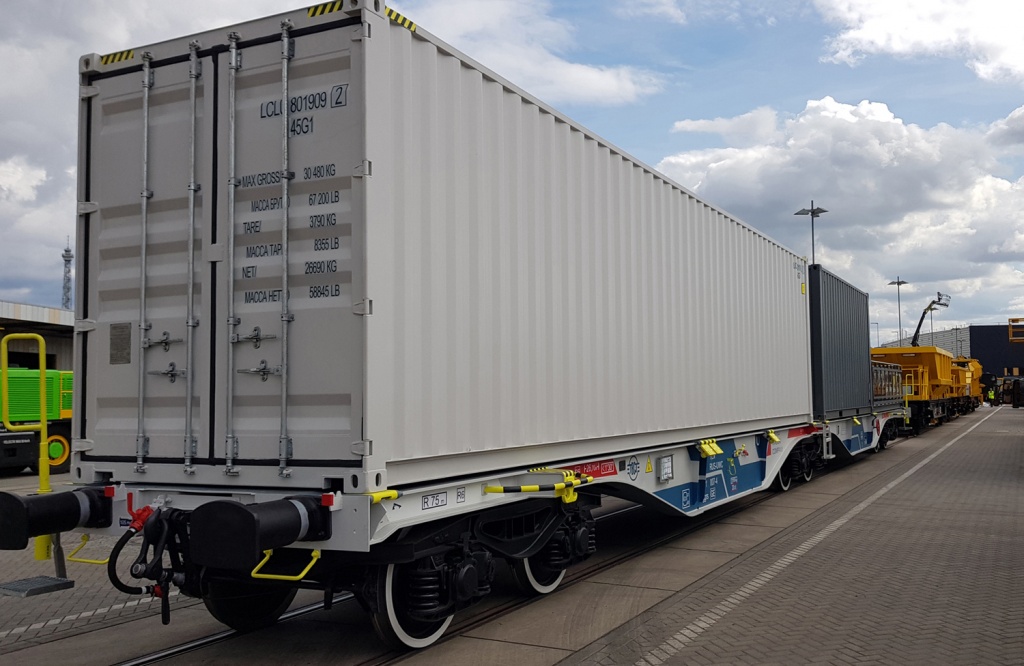 The car was developed by the All-Union Research and Development Centre for Transportation Technology and manufactured by Tikhvin Freight Car Building Plant (both companies being parts of UWC).

Notably, this summer UWC has successfully passed a quality audit held by Deutsche Bahn, the largest railway operator in the European Union, and was awarded Q2 supplier status based on the audit results.

More than 3 thousand companies and institutions from a total of 61 countries are using InnoTrans 2018 to present new or improved products, systems and offers. All the global players from the railway sector and the world’s most important industrial and technical associations are attending the unique show.